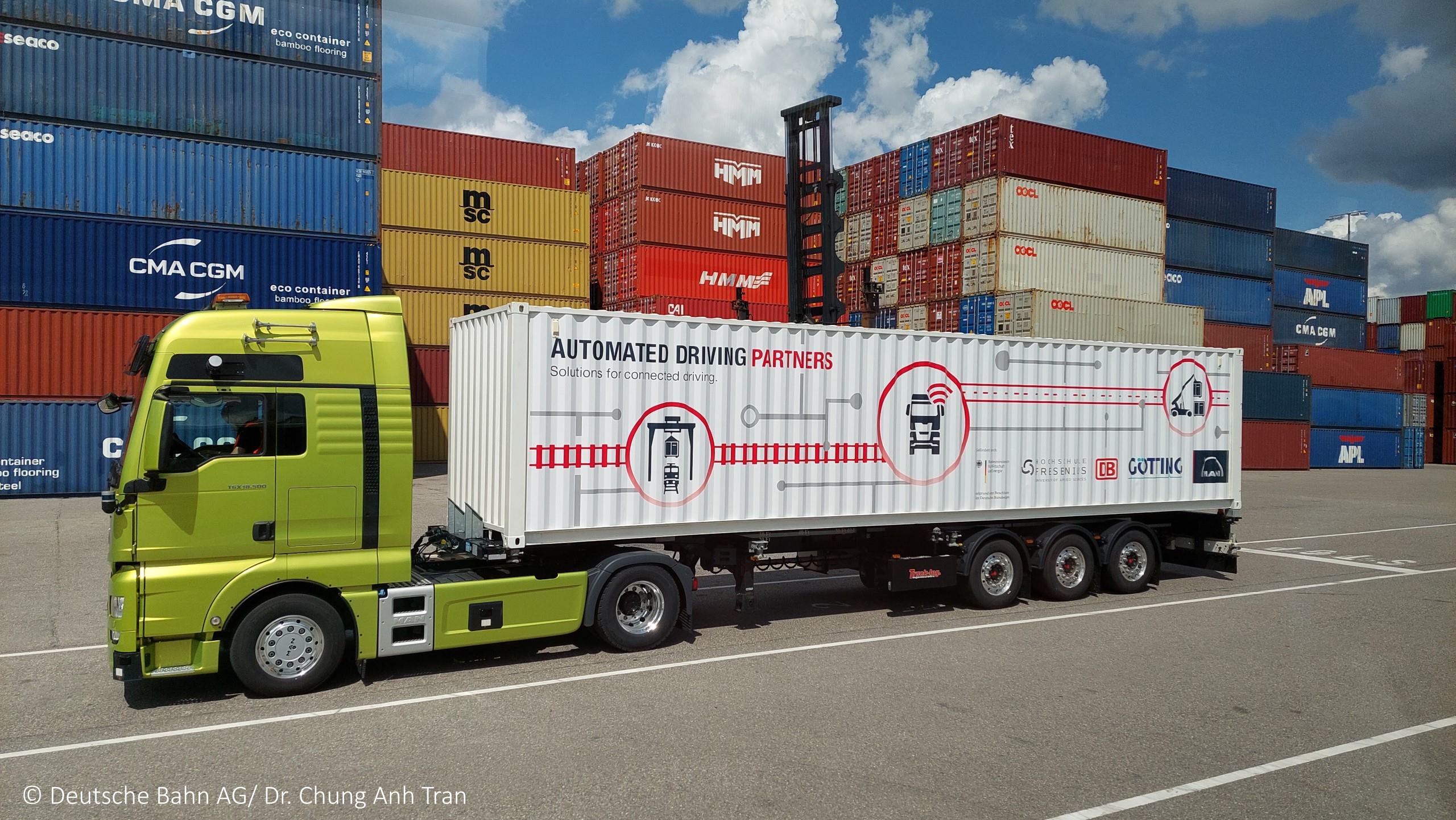 Digital future at the DB IS container depot and the DUSS terminal: autonomous trucks drive themselves and automate the transport process

In Ulm Dornstadt, the digital future is being created: At the container depot of DB Intermodal Services and the DUSS Terminal (Deutsche Umschlaggesellschaft Schiene-Straße mbH), fully automated trucks will be able to move autonomously in the future. Combined transport – the intermodal combination of road, rail and/or water transport – is one of the fastest-growing markets in the entire field of freight transport.

The project ANITA is another important building block on the road to automating the entire transport process. It makes it possible to deploy vehicles and drivers more flexibly.

The fully automated truck is to be used at the Ulm Dornstadt site. It will move automatically within the DB Intermodal Services container depot and the DUSS terminal. A MAN ‘safety driver’ will always be on board during tests. The digital infrastructure and all necessary interfaces will first be set up on site. Experienced crane operators will handle the containers to ensure that operations can be tested under real conditions.

MAN Truck & Bus SE, the leader of the ANITA consortium, is developing the vehicle for the project: “Together with our partners, we will gain valuable experience with autonomous vehicles for container handling at a terminal. Following our already very successful platooning project with DB Schenker AG and the Fresenius University, ANITA marks the next important step on the road to automated driving in hub-to-hub application – yet another milestone on our MAN automation roadmap,” says Dr. Frederik Zohm, Executive Board Member for Research and Development at MAN Truck & Bus.

In July 2021, members of the press were able to see the progress of the project at a communications event. During a test drive with a safety driver, the processes were demonstrated and the project content explained to the very interested media.

AlbrechtConsult supports the consortium leader MAN in project management and thus extends its broad experience in the field of autonomous driving.